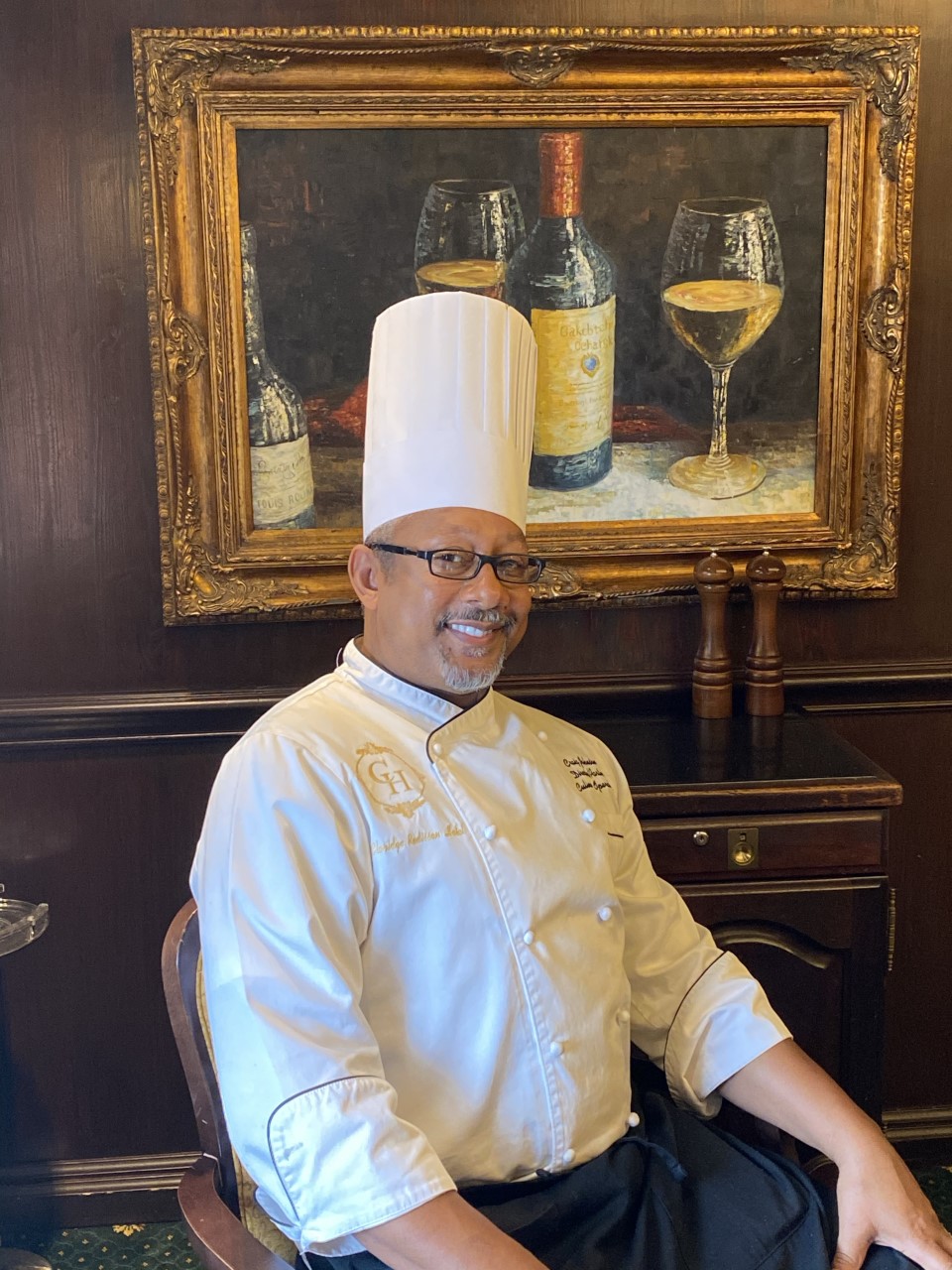 As our new Executive Chef and the head of our Culinary Operations, Chef Craig Johnson’s career spans over 30 years and has taken him around the world, and studied & trained under TV personality & Master Chef Gustav E Mauler, one of the few American Culinary Federation Certified Master Chefs in the United State, at both the Golden Nugget Atlantic City and in Las Vegas.  His down to earth personality and friendly demeanor help make our guests feel right at home when they dine in our restaurants.

Craig’s first cooking inspirations come from his grandmother, where at the age of 9 he would help her in the kitchen, and she taught him what it meant to “cook with love”, “food from the soul”, and how to express your love through food.  And every Sunday at Craig’s grandmother’s house, there was always a lot of love, and a whole lot of food.  Surrounded by aunts, uncles, cousins, brothers and sisters, the fried chicken, mac and cheese, and collard greens were all her specialty and are the dishes that Craig loved the most.

As a local Chef, Craig loves taking advantage of working in the Garden State and having the plethora of fresh jersey vegetables and the vast supply of fresh seafood at his disposal that help him create the recipes that showcase his culinary mastery.

Feel like a member of the family when you join us for some of the most outstanding food in the history of the Claridge, and stop by and say hello to Chef Craig, the nicest, friendliest and most talented chefs you will ever meet.

Sorry, there are no entertainment posts at this time. Please stop back soon.

Spend the night in the lap of luxury at The Claridge – a Radisson Hotel! Enjoy overnight accommodations for two in one of our most luxurious suites with complimentary resort fee included. After settling in, indulge in a special Chef’s Choice amenity delivered to your room by room service. Cap off your evening with two […]

Savor the flavors at The Claridge – a Radisson Hotel. Your Gourmet Experience Package includes deluxe overnight accommodations for two with complimentary resort fee. A special amenity featuring gourmet meats and cheeses along with two splits of champagne will be delivered to your room after your arrival. Then join us at Twenties Bistro or VUE […]

Treat your sweetheart to a romantic getaway at The Claridge – a Radisson Hotel! Your romance package includes deluxe overnight accommodations in a room with a whirlpool tub and complimentary resort fee. After your arrival, indulge in a special champagne and cannoli amenity delivered to your room. The next day, your morning off with breakfast […]